The short answer is because that is the way that things are in Bambara/Manding.

The à is cataphoric pronoun; it refers to the a thing that is going to be said (but has not yet been said). It’s a little like saying “I want (it) to go home” where the “it” refers to what you want (that is, “to go home”).

This is done because because fɛ is actually not a verb. It’s a post-position (frequently glossed as chez in French, but the range of meanings is larger) that is used to express the concept of what is a verb in English and other Western languages.

If you want to learn more about why this is (and how things may be changing slightly), I did a full blog post about the expression in the context of attempts to translate “I love/want you” in Bambara: 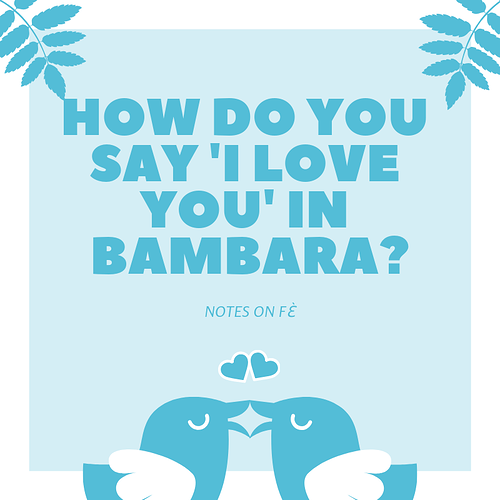 In most Indo-European languages we express love and want using verbs. To express these concepts in Manding however, one typically uses f ɛ̀  in non-verbal constructions that can literally be interpreted as 'I am in proximity to X':